Fire on Greece's Evia, a threat to people averted 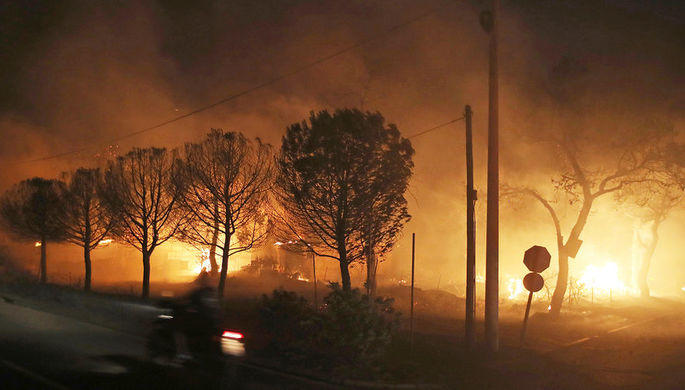 Aircraft dumped water early on Wednesday to douse the flames of a wildfire on the Greek island of Evia that had prompted the evacuation of villages and spurred an appeal for help from elsewhere in Europe.

Axar.az reports citing Reuters that a state of emergency has been declared in regions of the densely-forested island east of Athens, after the blaze broke out on Tuesday, fanned by strong winds and high temperatures.

Italy was sending two aircraft after an appeal for airborne firefighting equipment from Greek authorities. Officials said the conditions were improving by the morning after firefighters spent the night battling flames.

“The situation appears better. There was a huge effort (to contain the fire), superhuman efforts,” Kostas Bakoyannis, the regional governor for central Greece mentioned.

Water dumping by specially equipped aircraft started at first light. “It is a difficult fire, that’s the reality ... there is no danger to human life and that is what is important,” Bakoyannis said.

Fire officials said four villages and hundreds of people were evacuated as a precaution on Tuesday.