Hong Kong police use tear gas to disperse a protest 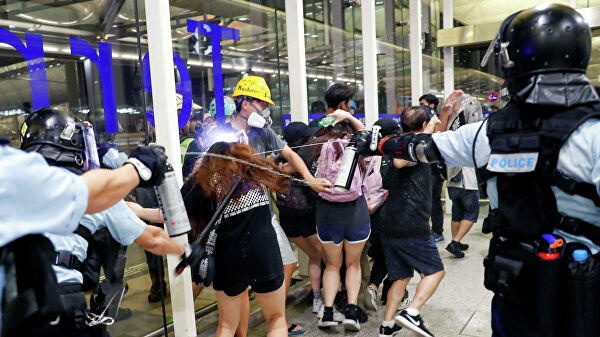 Axar.az reports citing UPI that the protesters wore black ski masks and "Free Hong Kong" T-shirts despite the government's efforts to curb rioting by a ban on face masks enacted last month. The ban has been controversial as protesters argued the masks are needed to protect from tear gas and pepper spray. The government said the mask ban is needed for police to identify and stop rioters.

The protesters were gathered in Causeway Bay shopping district when they were clouded in tear gas.