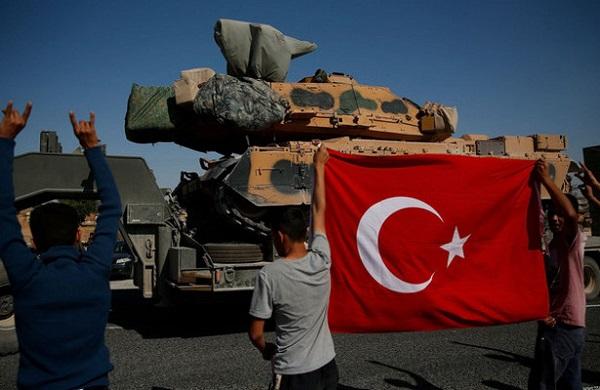 Turkish jets neutralized three terrorists Saturday in the country's southeastern, according to the Interior Ministry.

The ministry said in a statement that the air-backed operation was conducted by gendarmerie forces in Lice, Diyarbakir as part of internal security operations.

Operations are ongoing in the region, it added.

Turkish authorities often use the word "neutralized" in statements to imply terrorists in question surrendered or were killed or captured.