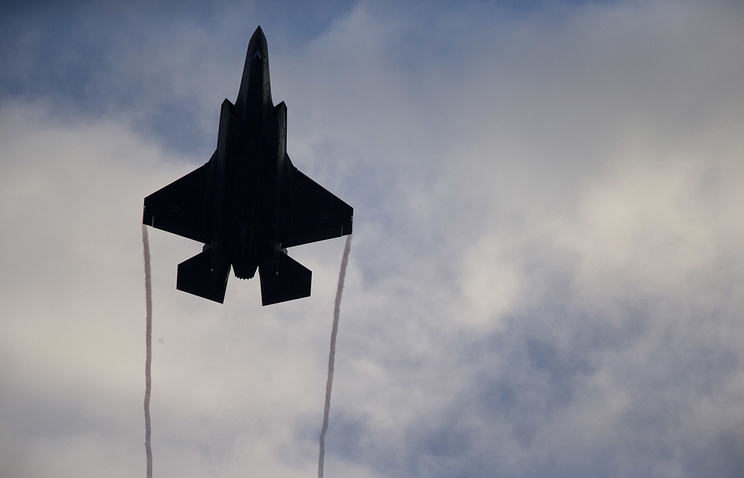 A US Air Force F-35A crashed during a routine night-training exercise around 9:30 p.m. near Eglin Air Force Base in Florida on Tuesday, officials said in a statement.

Axar.az reports citing foreign media, the pilot assigned to the 58th Fighter Squadron was transported to the hospital after successfully ejecting from the aircraft and is in stable condition.

No one was killed and no civilian property was damaged in the incident, Eglin Air Force Base said in a statement.

In a separate incident at around 9:15 a.m. on Friday, a US Air Force F-22 Raptor crashed near Eglin Air Force Base. The pilot also ejected safely and the incident is under investigation.

The crash is the third incident involving the advanced jet, which has been in production since 2006.

In 2018, a US Marine Corps F-35B crashed in South Carolina, after a "manufacturing defect caused an engine fuel tube to rupture during flight, resulting in a loss of power to the engine," according to a government report. The pilot ejected safely and survived.

One year after the F-35B crash, a Japanese F-35A crashed into the Pacific Ocean after the pilot was determined to have experienced "spatial disorientation" or vertigo, Reuters reported at the time. The Japanese Air Self-Defense Force pilot was killed.

The F-35A, the most common version of three different variants, is designed to be operated on conventional runways. Each aircraft is estimated to cost around $90 million.