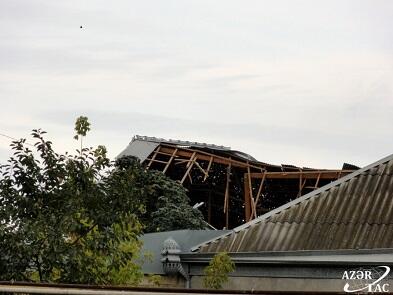 Armenian armed forces fired rockets at the city of Agjabadi, violating the norms and principles of international law and continuing terrorist acts against the civilian population.

Axar.az reports that, one of the missiles fired at the city of Agjabadi did not explode. One of the other two rockets hit the yard, causing damage to the house, and the other hit another house. As a result of a rocket hit their house, residents Ibrahimov Elshan Mehdi oglu, born in 1994, and his niece Ibrahimova Ayan Rovshan gizi, born in 2015, were hospitalized with various injuries. At the same time, the house was severely damaged.