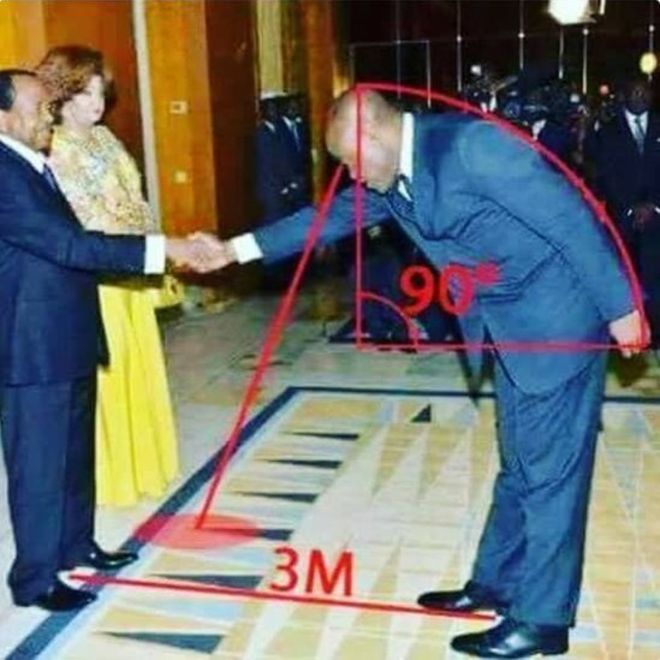 Axar.az reports, the hashtags #BidoungChallenge and #CourberdosChallenge meaning to bend the back, have been included in 11,000 tweets. Cameroonians have been recreating the image as well photoshopping the original on social media.