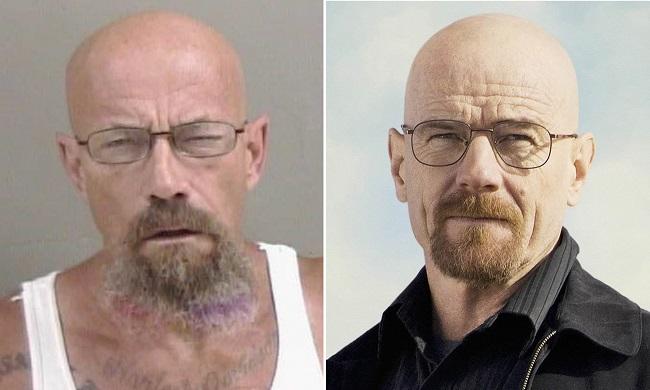 The man on the mugshot looks stunningly similar to the famous school teacher from a TV show who cooks and sells methamphetamine. Coincidentally, the man is also wanted for meth possession. But is it really a coincidence?

The man, named Todd W. Barrick Jr, 50, seen on the released mugshot, sports a bald head, a goatee, and glasses, just like the White character. While admittedly White had his goatee groomed, it has been six years since the show concluded in 2013.