Differences between twins while one spent time in space 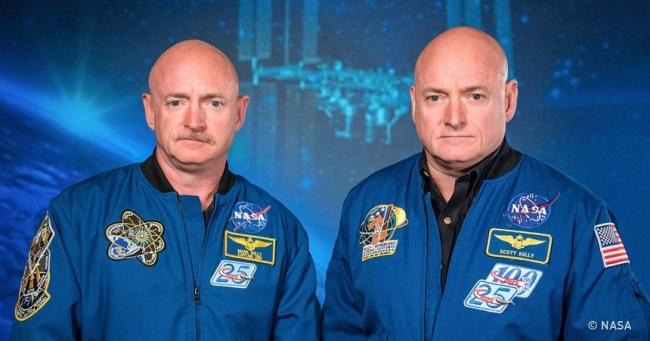 The first results of perhaps one of the most curious space studies in the history of human flight were released recently.

Astronauts Scott and Mark Kelly are identical twin brothers who volunteered to participate in the following experiment: Scott traveled to space with other astronauts and spent 340 days there, while Mark stayed on Earth. The Twin Study project was set up to examine the effects that long-term space travel has on the human body. Since identical twins have the same genetic material, this research has given NASA scientists a huge amount of medical data which will be analyzed in the near future. And though additional research analysis is in process, some quite curious results are already available to the general public.

At the ends of the human chromosomes there are stretches of DNA called telomeres. Their length decreases with each cell duplication. But after many copies, the telomeres get too short and the cell can’t divide anymore. This is one of the factors that promotes aging. Scientists found that while Scott was in orbit, his telomeres grew longer than his twin brother’s. Surprisingly, though, the astronaut’s telomeres returned to their pre-flight lengths shortly after he returned to Earth.

Another striking result from Twin Study is that during his year in space, Scott’s DNA became slightly different from that of Mark. However, these indicators also returned to their previous level after some time. It’s not clear yet what these findings mean since the studies are far from complete, and NASA plans to conduct research with other astronauts too.

But this experiment makes you think of Einstein’s Twin Paradox and theory of relativity, telling us that time will slow down for you as you approach the speed of light. It means that Scott could have really returned home younger after spending a year in space. Of course, a spacecraft doesn’t travel with the speed of light. But maybe one day this experiment will shed light on the question of how to stop the aging process.