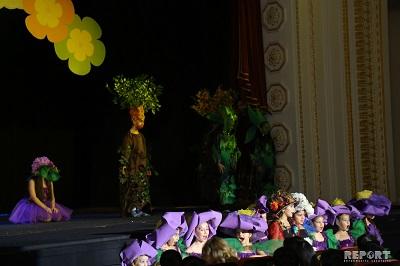 Axar.az informs that the executive producer and scenarist of the play is Zahra Guliyeva.

The character of Tiq-tiq xhanim was performed by Nuray Rahman, a 6-year-old actress of “Oyuq” studio of the Azerbaijan State Puppet Theater. Other memorable characters were performed by the actors of the Cultural Center and children of the State Security Service staff.

The play features the adventures that happened to Tiq-tiq khanim while she was seeking Father Frost for the New Year.

Numerous garments, accessories, and lighting equipment were used in the performance.

Notably, the performance will last for two days in 4 sessions.