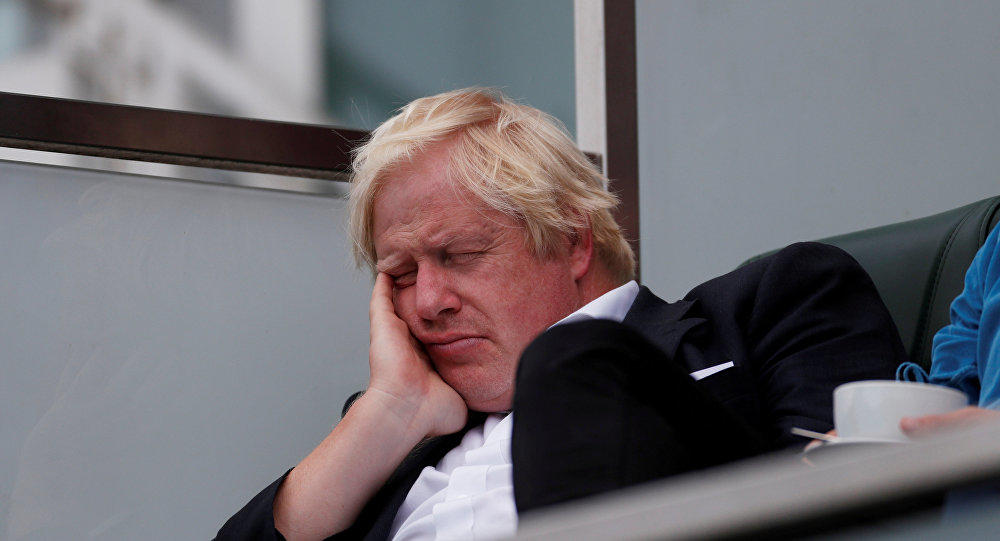 The book takes place over a few hours during which a group of Islamic terrorists` plan to kidnap the US president while the Johnson-like hero stumbles across the plot and tries to foil it. The newly appointed British prime minister, Boris Johnson, has many distinctions, and one is that he is the author of Seventy-Two Virgins, a comic thriller about a British politician, not unlike himself, who becomes embroiled in Middle-Eastern politics.

Axar.az reports citing The Jerusalem Post that the book was published in 2005, April and now with 52 reviews, the novel is rated four stars on Amazon’s UK website and at this writing was ranked the 1,808 bestselling book (13th in satires). The book takes place over a few hours during which a group of Islamic terrorists` plan to kidnap the US president, who is set to give a speech in London, while the Johnson-like hero stumbles across the plot and tries to foil it.

Johnson, a former journalist, has written other books, including ones about London, Winston Churchill and contemporary politics. But, as the Nobel Prize-winning writer V.S. Naipul observed, “An autobiography can distort; facts can be realigned. But fiction never lies: it reveals the writer totally.”

So those looking for clues to Johnson’s true inner life are chuckling today over passages from the novel, such as this one, about a Muslim terrorist: “He found himself staring irresistibly at Cameron just ten feet or so away in her low-cut top. He felt the surge of fundamentalist rage that inspires the Islamofascistic male. . . He stared with that perverted Wahhabi mixture of lust, terror and disgust at this portrait of a sexually emancipated Western woman. He glared at her thighs and her unambiguously exuberant bosom and yearned to punish it, punish her entire society, punish America for her criminal role in pioneering feminism.”

Barlow, the Johnson alter-ego, is introduced not with a whimper but with the promise of a bang: “On what he had every reason to believe would be the last day of his undistinguished political career Roger Barlow awoke in a state of sexual excitement and with a gun to his head, the one fading as he became aware of the other.” But it turns out the gun is just a toy, pointed at him by his four-year-old son.

Johnson comes from a literary family — his father and sister (who won the Bad Sex in Fiction Award in 2008) are also novelists — and a New York Times piece quotes Andrew Gimson, who has written a biography of Johnson, speculating that the new prime minister might have felt competitive with the other writers in the family. There is a long tradition of British politicians writing books, including Winston Churchill, who won the Nobel Prize in Literature in 1953, and Benjamin Disraeli, who published novels charged with romance and political engagement.

If you’d like to see more of Johnson’s choicest bon mots but don’t have time to read the entire book, journalist Marina Hyde has provided a much-needed public service by tweeting some of the book’s more outrageous passages.

She highlights this description of a character — not the hero with whom Johnson seems to identify so closely — as “an alpha male so alpha he’d have been awarded a congratulatory first by the examiners of Advanced Virility . . . He simply had the right stuff exploding from every orifice. In fact, his machismo was so intense he was sometimes considered a danger to himself.”