“We don’t want to live under the influence 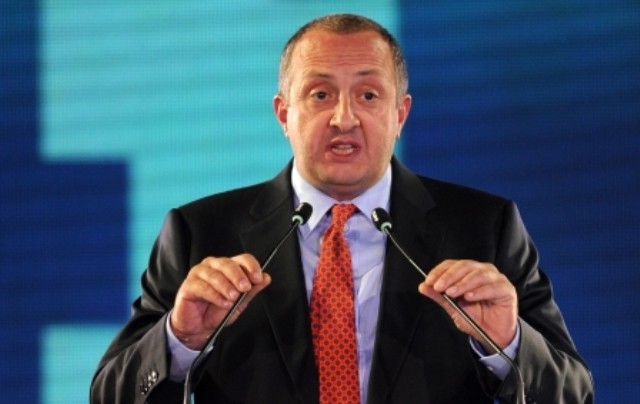 Georgia has suffered and continues to suffer from the occupation, said Georgian President Giorgi Margvelashvili.

He made the remarks in the opening of the 4th Global Baku Forum on March 10.

Russia has occupied 20 percent of Georgian lands, and 15 percent of our population just because they are Georgians have become in their country, Margvelashvili said.

“We don’t want to live under the influence of great powers. Friendly Ukraine faced such a dramatic situation last year, Crimea was occupied, and the war began in the east of the country. Neighboring countries should build bridges, form partnerships and avoid occupation. As a representative of the country suffering from the occupation, I want to note that Georgia is actively participating in the fight against global terrorism and taking part in the peacekeeping mission in Afghanistan,” he added.

Margvelashvili said Georgia, Azerbaijan and Turkey are jointly implementing major energy and transport projects, noting that the projects of Southern Gas Corridor and Baku-Tbilisi-Kars will contribute to the acquisition of a greater number of friends.

Georgia offers 14 countries having no ocean access to benefit from this opportunity, the president said. “We are trying to implement the same projects with our friends from China and the US. Our national interests should not be abused,” he said.

The Georgian president underlined that the South Caucasus has as an important as a bridge for cooperation between East and Europe.