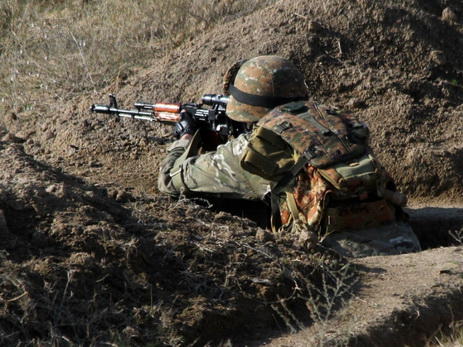 The State Commission of Azerbaijan on Prisoners of War, Hostages and Missing People told that, Armenia leaves the appeals to return the body of the killed Azerbaijani serviceman unanswered.

“The authorities of Armenia refuse to reply to the insistent appeals of international structures regarding the return of the body of Azerbaijani Armed Forces soldier Chingiz Gurbanov,” the Commission said.

“Armenia, without giving any specific reasons and arguments, deliberately delays the return of the body under various pretexts,” the Commission said.

“Unfortunately, even the international mediators cannot do anything yet regarding such inhumane actions of Armenia,” the Commission said. “At the same time, we, for our part, continue efforts in this direction together with the state agencies and international organizations.”

A reconnaissance group of the Armenian Armed Forces tried to violate the Azerbaijan-Armenia state border on Dec. 29 morning. The Armenian group found itself in the ambush of the Azerbaijani army while violating the borders and suffered heavy losses.

Chingiz Gurbanov, a serviceman of Azerbaijani Armed Forces, went missing during the fight.