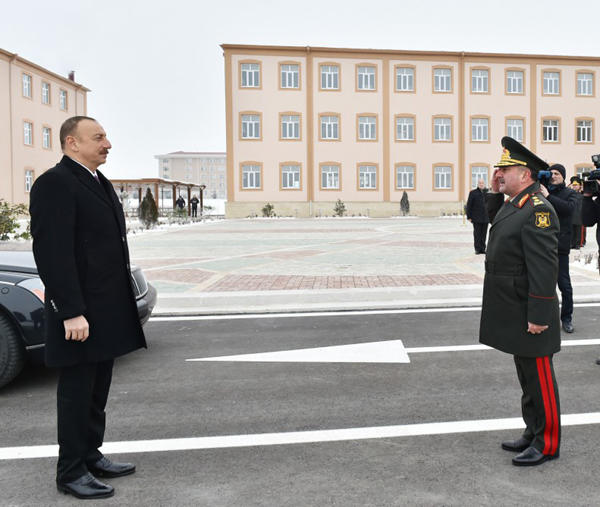 President of the Republic of Azerbaijan, Supreme Commander Ilham Aliyev has attended the opening of a soldier dormitory and military-household complex in a military unit of Detached Combined Arms Army in the Nakhchivan Autonomous Republic.

The head of state cut the ribbon symbolizing the opening of the soldier dormitory and military-household complex.
President, Supreme Commander Ilham Aliyev viewed the conditions created at the soldier dormitory. The dormitory occupies a total area of 4,000 square meters. The three-storey building is supplied with all necessary equipment. The dormitory has 24 rooms.
President Ilham Aliyev viewed food products, had a conversation with cooks, and posed for photographs together with them.
Then the head of state viewed the new military equipment.