Russia does not blames outside forces for tension 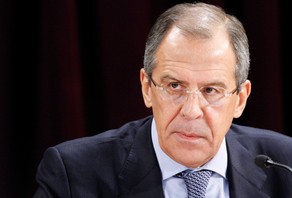 It is pointless to change the format of OSCE Minsk Group on the Nagorno-Karabakh conflict, three of its co-chairs - are the most important mechanism for the settlement of conflict.

Commenting on the situation at the contact line, Lavrov noted that "Russia does not blame outside forces, including Ankara, in a flash of tensions in Nagorno-Karabakh."

There is no military solution for Karabakh conflict, the minister stressed.

"Our position set out by President, Foreign Ministry and Defense Ministry, - he said.Defense Minister Sergei Shoigu and I contacted with our colleagues.We have expressed serious concern, reiterated the President's message to immediately stop violating the cease-fire, not to create difficulties for renewed efforts to move towards a peaceful settlement", - Lavrov said.