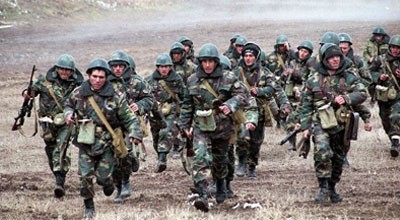 During recent hours, as a result of return fires of our units, 170 military servants and 12 armored vehicles of Armenian side have been destroyed.

'Our units carry out field engineering fortification works, visual intelligence of the area and fire adjustment measures in the affordable and strategically superior positions, liberated by our Armed Forces', the ministry reports.