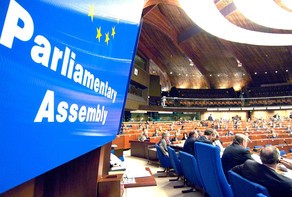 'During spring session of the organization, members of the delegation of Azerbaijani Parliament to the Parliamentary Assembly of the Council of Europe (PACE) will discuss recent situation on the Nagorno-Karabakh frontline in the committees, party meetings, as well as the in the Assembly. Even as a head of the delegation, I have sent a relevant letter to the chairman of the organization Pedro Agramunt'.

It was told by Samad Seyidov, Head of Azerbaijani Delegation.

According to him, members of the Azerbaijani delegation regularly brings up the issue in the PACE on Nagorno-Karabakh as well as on the occupied territories: 'In the framework of the session, in addition to the recent events on the frontline regions, atrocities committed by Armenians against civilians, provocation against Azerbaijan and attempts of the opposite side to keep status-quo by avoiding objective stand in the talks as well as such other information will be discussed. This is our civic duty and a duty as MPs'.

Notably, next spring session of the PACE will be held in Strasbourg on April 18-22. Within the session, MPs will discuss migration crisis in Europe, forced migration and its consequences and problems, refugee rights condition, conflict in Ukraine and other issues.

Also election of judges to the European Court of Human Rights (ECHR) will be held and Commissioner of the Council of Europe for Human Rights Nils Muzhnieks will present its annual report.