A criminal case was opened for Armenians' provocations 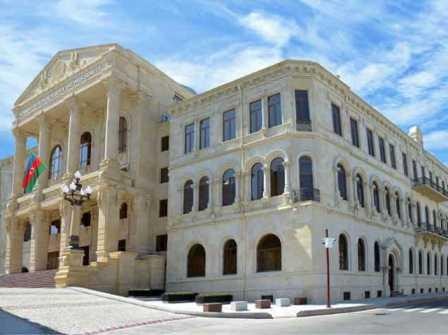 A statement issued by the Prosecutor General’s Office says that on April 27 and 28 Armenian armed forces carried out provocations by shelling Azerbaijan’s Aghdam and Terter districts with heavy artillery pieces from occupied Azerbaijani territories in order to deliberately cause fatalities among civilians and destroy their property.


As a result of the shelling, a citizen of Aghdam district’s Chemenli village Famil Mustafayev died.


Moreover, six residents of the district’s Garadaghli and Efetli villages were injured.

One of the injured is in critical condition.


According to the statement, dozens of houses, schools and other social facilities were destroyed in those villages, as well as in Terter district’s Gapanli, Hasangaya, Gazyan and Gaynag villages.