OSCE to hold monitoring on the line of contact 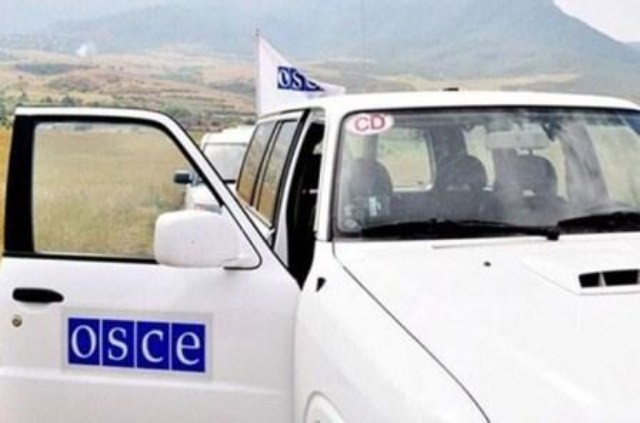 According to the information provided by the press service of Azerbaijani Defense Ministry, OSCE is expected to monitor the line of contact between Azerbaijani and Armenian troops on May 19.

The monitoring will be held under the mandate of the OSCE chairperson-in-office personal representative on the contactline, north of the village Bash Karvand in Agdam district of the Republic of Azerbaijan, the ministry said.

On the Azerbaijani side, the monitoring will be carried out by the field assistants of OSCE Chairperson-in-Office personal representative Hristo Hristov and head of the High-Level Planning Group (HLPG), Colonel Hans Lampalzer.

On the opposite side, the monitoring will be conducted by the OSCE Chairperson-in-Office Personal Representative`s field assistants, Peter Svedverg, Simon Tiller and representative of the HLPG, Colonel Andrey Barashkin.

The conflict between the two South Caucasus countries began in 1988 when Armenia made territorial claims against Azerbaijan. As a result of the ensuing war, in 1992 Armenian armed forces occupied 20 percent of Azerbaijan, including the Nagorno-Karabakh region and seven surrounding districts. The two countries signed a ceasefire agreement in 1994. The co-chairs of the OSCE Minsk Group, Russia, France and the US are currently holding peace negotiations. Armenia has not yet implemented the UN Security Council's four resolutions on the liberation of the Nagorno-Karabakh and the surrounding regions.