"We have lost strategical heights in Karabakh" 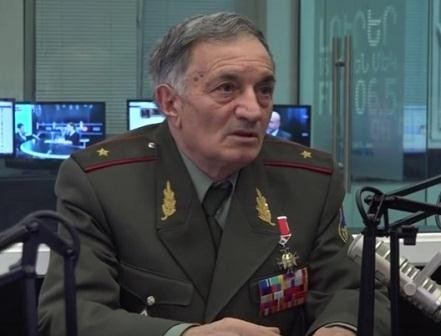 Areas liberated by the Azerbaijani Armed Forces are of great tactical, operative importance and we have to retake those lands`, Armenian General-Major Arkadi Ter-Tadevosyan who is known as `Kommandos` told.

`Armenian government tries to conceal its failure. They claim as if those lands are not of great importance. However the liberated lands are very strategical heights. In order to provide peaceful life of residents living in Talish. Agdere and Matagiz, we have to retake those lands.We have lost lots of things and we will continue to lose. Talish village is completely deserted. One of the major cities of Nagorno-Karabakh is under fire, ` the General-Major said.