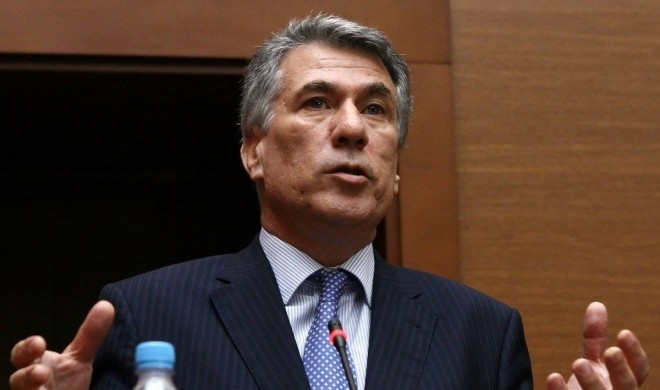 - NATO Parliamentary Assembly`s spring session kicked off in Tirana, Albania on May 29. What issues are being discussed in the session?

- Yesterday, we raised the issue of Nagorno Karabakh’s history. We tried to prove and convince the attendees that the Nagorno Karabakh was and is Azerbaijan’s territory. We proved it with historical facts and evidences. The Caucasian Bureau of the Russian Communist (Bolshevik) Party has a decision dated July 5, 1921, which is called Stalin’s decision. As if, Stalin gave Nagorno Karabagh to Azerbaijanis. We proved that firstly, Stalin was not the General Secretary of the Communist Party of the Soviet Union in 1921. He became the General Secretary in 1923. On July 5, 1921, the Caucasian Bureau of the Russian Communist (Bolshevik) Party decided to retain the Nagorno-Karabakh region in the structure of Azerbaijan SSR taking into account the closer economic and political ties of Armenians living in Nagorno Karabakh with Azerbaijanis. This means that Nagorno Karabakh was previously part of Azerbaijan and it was decided to retain it in the structure of Azerbaijan. Because, Mikoyan was writing to Lenin that if Nagorno Karabakh is given to Armenia, the Armenians will starve. We sounded all these historical facts. I think it was successful.

The second issue we raised was the occupation. We informed out counterparts attending the NATO PA about all documents since 1992 basing on norms and principles of the international law. We said Armenians neither fulfil UN Security Council’s four resolutions not UN General Assembly’s decision. At the same time, they don’t fulfil decisions of EU, PACE either. Chiragovs had a claim against Armenians in the European Court of Human Rights (ECHR). We also spoke about this. We submitted all documents about Sarsang reservoir to members of delegation in 50 separate covers. Moreover, we made speech on threat of Metsamor Nuclear Power Plant to the region, saying that this is an old nuclear power plant and it was built on the basis of technology of the Chernobyl Nuclear Power Plant. This plant is located in the seismic zone and may cause a big tragedy any time. Therefore, we asked the delegations, secretary general of NATO PA this issue to be discussed in the International Atomic Energy Agency (IAEA). I’m sure if they see this plant, they will be sure that this plant must be shut down.

- What issues were discussed at the second day of the session?

- Was there any controversial case on Armenian delegation?

- Of course, there were. They made a noise while we were proving truths with arguments. This is their national characteristics. They make a noise when they don’t have an argument. Our delegation’s members witnessed that Armenians looked ridiculous, because without any evidence, they did know what to do. We are those who underwent occupation, what will you say?

- Was the last month’s battle on frontline discussed?

- We tried to explain the truths about Armenian provocations against us on April 2-5 to our counterparts. We said Armenian entered Azerbaijan’s territory and fight in our lands. We have not entered anyone’s territory. We defeat our lands and Armenians committed provocation on the frontline, destroyed houses of hundreds of citizens, killed civilians. At the same time, 50 houses have been completely destroyed, youths, children were killed. We could not stand this and are obliged to conduct operations to prevent the enemy.

- It was planned you will meet with the Speaker of the Parliament of Albania Ilir Meta and Foreign Minister Ditmir Bushati. Did you meet?

- Yes, we held very productive meeting with the Speaker of the Parliament of Albania Ilir Meta. Ilir Meta immediately stated after our meeting that he supports Azerbaijan’s territorial integrity and considers Nagorno Karabakh and adjacent regions as part of Azerbaijan.