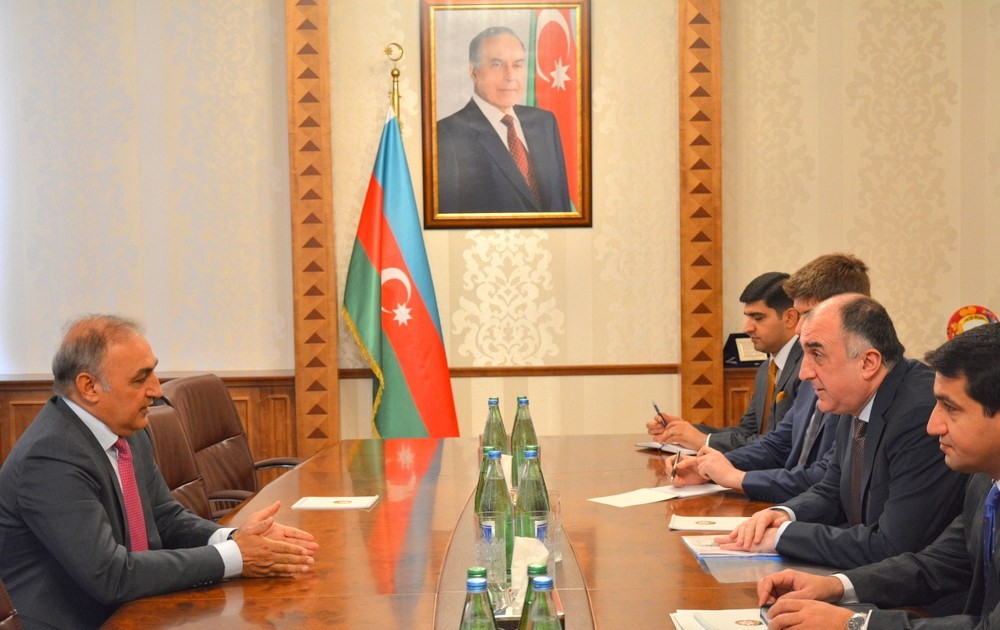 It was told in the press service of Azerbaijani Ministry of Foreign Affais.

Minister Elmar Mammadyarov congratulated Ambassador Saeed Khan Mohmand on being appointed as an Ambassador to Azerbaijan and wished him success in his future activities.

At the meeting high level development of bilateral political relations based on friendship and partnership between Azerbaijan and Pakistan was commended. They noted the importance of high level reciprocal visits in the development of relations between our countries. The cooperation of our countries within the international organizations was also appreciated. Furthermore, the favorable opportunities for the development of cooperation in the fields of economy, energy, trade, light industry and transportation were underlined.

Minister Elmar Mammadyarov reiterated appreciation for the support of Pakistan to the just position of Azerbaijan in relation to the settlement of Armenia-Azerbaijan conflict based on the principles of international law and the UN Charter.

Ambassador Saeed Khan Mohmand noted that he will spare no efforts to further advance the relations between the two countries.

At the meeting they exchanged their views on other issues of mutual interest.