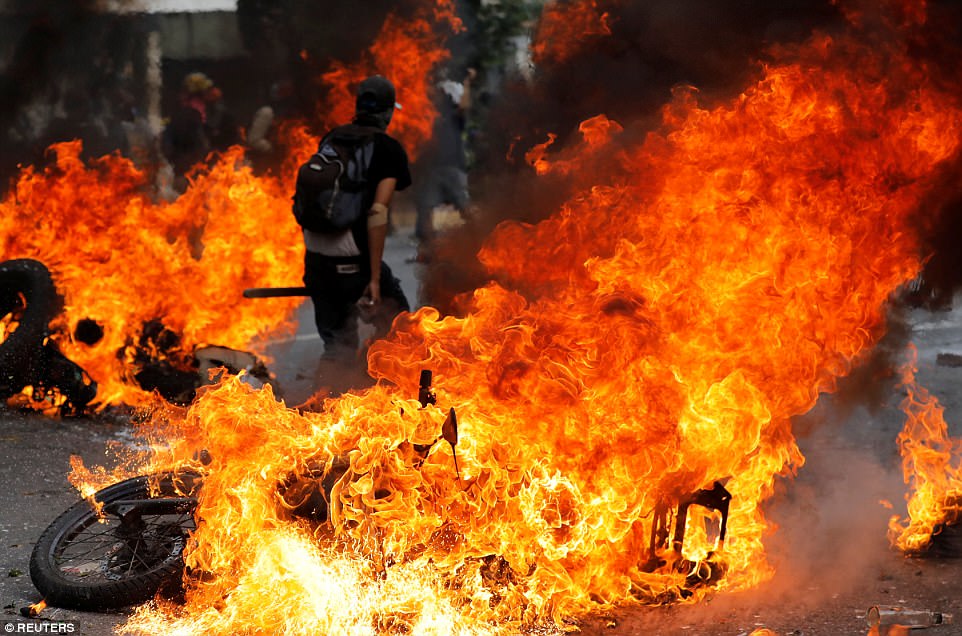 Protesters hurled stones and Molotov cocktails at security forces who retaliated with water cannons and tear gas as the violent clashes which have claimed 59 lives continue in Venezuela.

Police used the increasingly forceful measures to disperse tens of thousands of opposition protesters heading towards the foreign ministry as the Organization of American States held another meeting on the continuing crisis.

Two months of protests against President Nicolas Maduro's socialist government have convulsed the South American OPEC nation, with at least 59 people killed in the unrest.