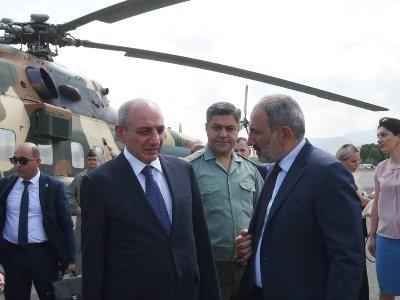 Armenian Prime Minister Nikol Pashinyan has arrived in the occupied Azerbaijani city of Khankendi on August 5.

Pashinyan will hold a rally in the central square of the city at 19:00 Baku time.

Notably, Pashinyan will take part in the opening ceremony of the 7th Pan-Armenian "games".

Games will begin on August 6th.