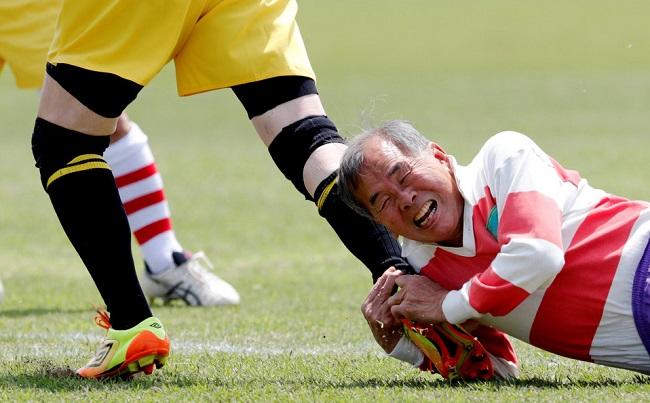 These photos of 90-year-old Japanese men competing in full-contact rugby are all the fitness motivation you need.

Axar.az reports citing BI that rugby isn't a sport you would typically suggest as a way for the elderly to keep fit.

But at Fuwaku Rugby Club in Tokyo, men in their 90s are still getting their boots dirty and their bodies bruised in anticipation for first-ever Rugby World Cup to be held on Japanese soil.

Fuwaku, founded in 1948, was the first club of its kind but is now just one of 150 across Japan to hold competitive, full-contact games for over 40s.

"There are many other things too. When I noticed an irregular pulse, I would take medicine to adjust. So, I can still do it. I can't stand not playing. That's it. This may sound strange, but I have lost my wife years ago and now I would say I don't mind dying playing rugby."

Scroll down for all the exercise motivation you'll ever need.