6 million people are at the 186th Oktoberfest - Photo 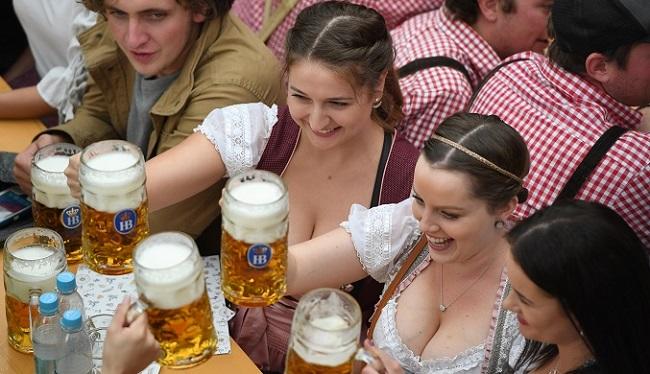 Attendees donned traditional Bavarian clothing including dirndls for women and lederhosen for men along - many of whom were sporting an array of incredibly bushy beards as part of the costume parade.

Axar.az reports citing Dailymail that the annual event was kicked off yesterday by Mayor Dieter Reiter who inserted the tap in the first leg with two blows of a hammer before handing the first liter to Bavarian governor Markus Soeder.

Around six million beer lovers from around the world are expected to have attended the festival before it ends on October 6.

The weekend is being policed by around 600 officers and security guards as well as 50 doctors.