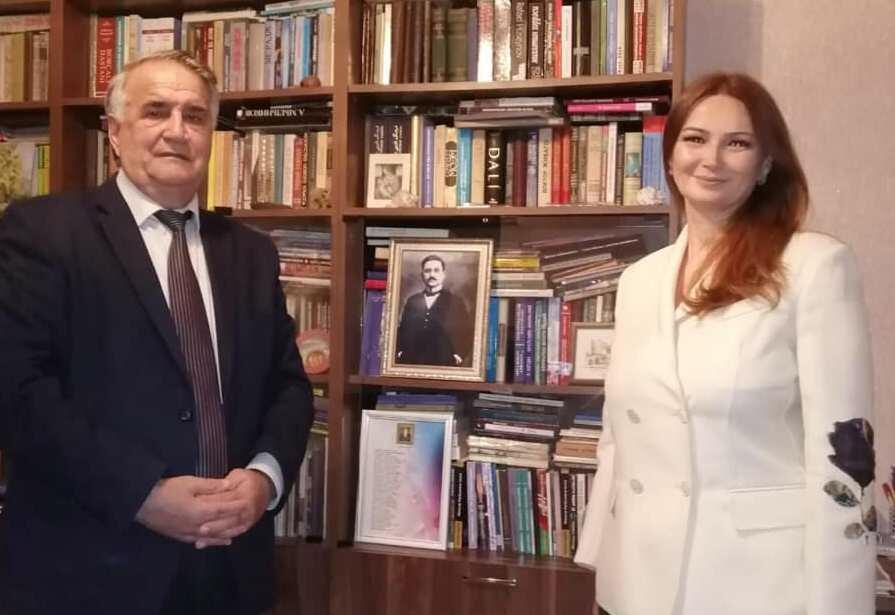 Chairman of the Culture Committee of the Milli Majlis G. Pashayeva met with the granddaughter of the leader of the Azerbaijan Democratic Republic Mohammad Amin Rasulzade, honored artist Rais Rasulzade.

Axar.az reports that the MP, who visited the house of the honored artist, said that 2018 was declared the "Year of the Republic" by the Presidential Decree, the 100th anniversary of the Republic was celebrated at the state level, he was awarded the "100th anniversary of the Azerbaijan People's Republic" medal. Recalling that his grandfather revived his old age in the documentary "The Last Meeting" produced by the Baku Media Center, he said that it was a pleasure to meet him on Republic Day as an intellectual who deserved the love of the people.