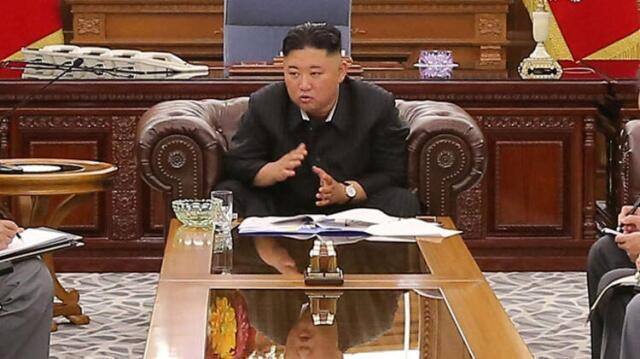 Axar.az reports that this was reported by The New York Times.

It is reported that the leader of the country, who appeared in front of the camera in the coming days, clearly lost weight.

The spread photos caused discussions. In the photo, Kim's watch shows her losing weight. It can be seen that the country's leader tightened his watch belt more than in previous images.

If we compare the current state of Kim's left wrist with the photos taken in March of this year and November of last year, we can see that he has lost too much weight.

According to some sources, the North Korean leader previously weighed 140 kilograms. However, his sudden weight loss made him doubt that he was suffering from any disease.