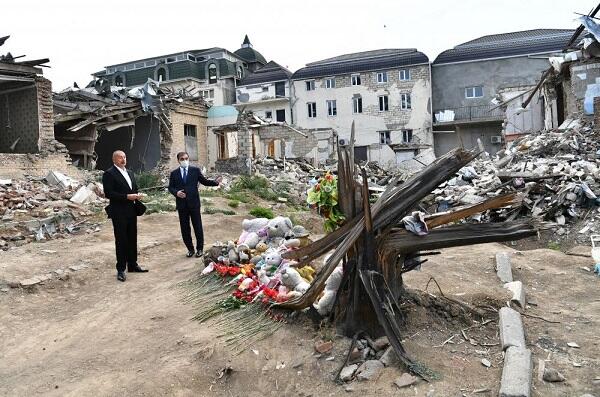 On July 22, President of the Republic of Azerbaijan Ilham Aliyev arrived in Ganja city as part of a trip to the western district of the country.

Axar.az reports that the president reviewed the consequences of crimes as a result of Armenia’s irresponsible missile strikes on civilians and energy infrastructure during the second Karabakh war.