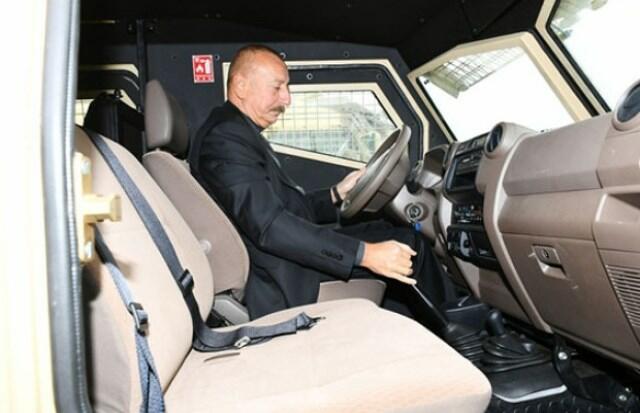 President of Azerbaijan Ilham Aliyev has today inaugurated a military unit of the State Border Service in Jabrayil.

Axar.az reports that a marble memorial stone and a plaque were installed in the military unit on the occasion of the participation of President, Commander-in-Chief of the Armed Forces Ilham Aliyev in the opening ceremony.