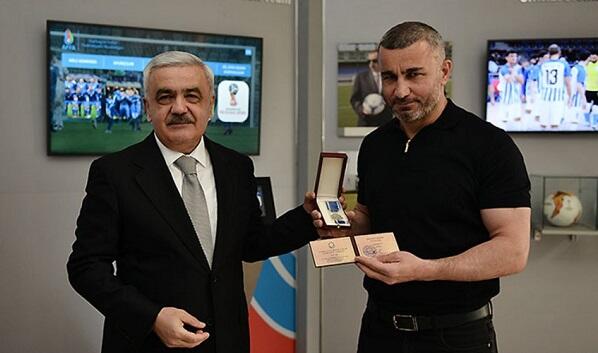 By the order of President Ilham Aliyev, the head coach of the Karabakh team Gurban Gurbanov, who was awarded the Order of Shohret for his services to the development of Azerbaijani football, was awarded the highest award.

Axar.az reports the award was given by AFFA President Rovnag Abdullayev.

Abdullayev once again congratulated Gurbanov on being awarded the Order of Glory and wished him success in his future endeavors.

The head coach expressed his deep gratitude for the high assessment.