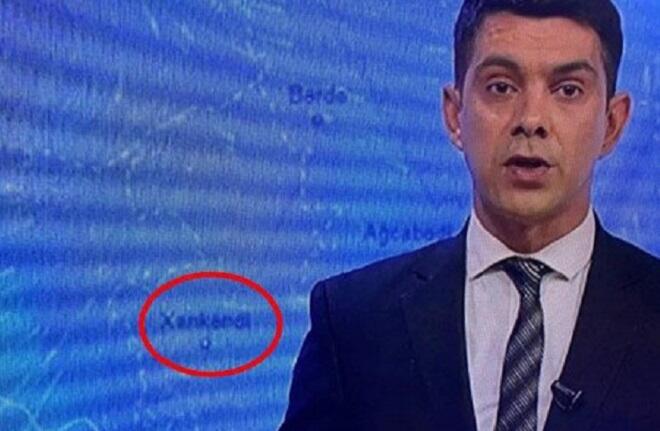 A video taken during the plot broadcast on New Armenia TV attracted attention.

Axar.az reports with reference to Yenipress.az that the regions of Azerbaijan were marked on the map reflected in the background during the plot.

It is noteworthy that the name of Khankendi was mentioned in the Azerbaijani language among those regions.