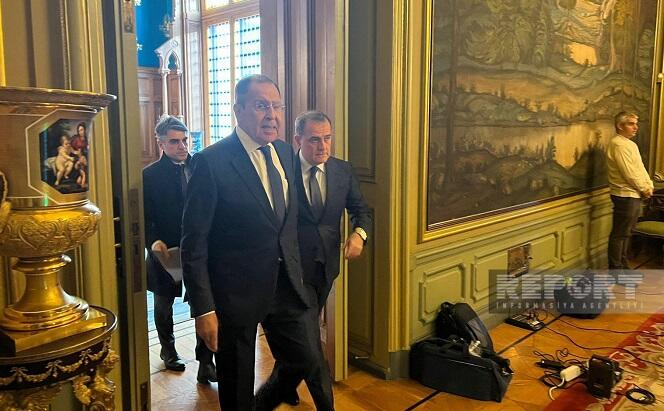 Axar.az reports that a photo spread about the meeting has caused protests from social network users.

Thus, Lavrov, as the host, was criticized for not following the rules of diplomatic etiquettes, such as letting the guest in front, while going to the meeting room.

For comparison, some time ago, a photo showing Lavrov "letting ahead" his Armenian colleague Mirzoya while entering the same room was circulated.