Shocking inscription in the barracks of the Russian army 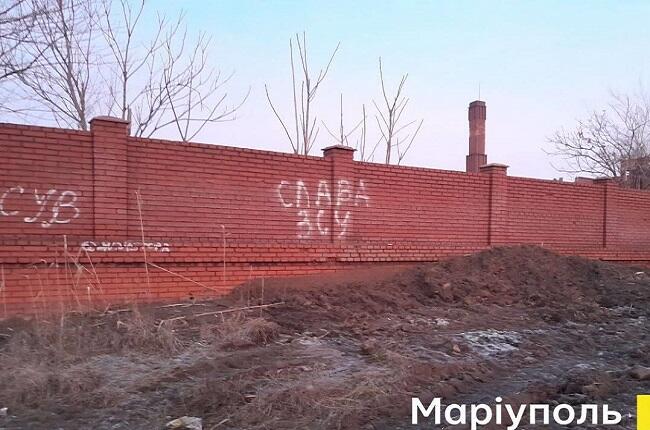 "Let there be love to the Ukrainian army" (Слава ВСУ) is written on the walls of the barracks in Mariupol, which is under temporary occupation.

Axar.az reports that information about this was spread in the Ukrainian media.

According to information, an unknown person wrote "Love to the Armed Forces of Ukraine" on the wall of the Russian barracks.

According to Petr Andryushchenko, adviser to the mayor of Mariupol, this inscription appeared on the wall of the barracks of the invaders (Russia - ed.) in Kalmiussky district of the city:

"Kalmius district. The wall of the Russian barracks. The residents of Mariupol were reminded who they really expected and believed."