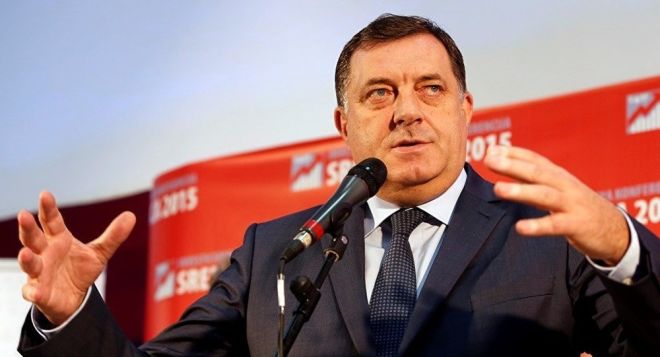 The European Union adopted a resolution on counteracting Russian media since the bloc is unable to compete with true facts and media that covers news events in a different way, Milorad Dodik, the president of the Republika Srpska, said on Friday.

On Wednesday, the European Parliament voted in favor of a resolution on countering Russian media outlets. As many as 304 voted in favor of the document, 179 voted against and 208 abstained. With a total of 691 officials taking part in the vote, less than half supported the resolution.

"This is western liberal democracy, which sends to our region BBC, CNN and other media broadcasters to speculate on war, its causes, and to demonize the whole nation. This is democracy which cannot compete with true facts and media, that is why they have to adopt such resolutions," Dodik was quoted as saying by Srna news agency.

European Parliament resolution on anti-Russian media is "unacceptable" and "symptomatic of the decay of Europe," Dodik added.

He stressed that Europe had previously advocated freedom of expression and speech, while now it was trying to suppress the opposite opinion.