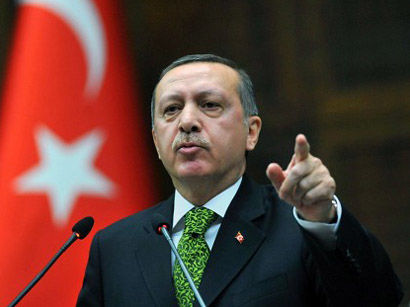 The EU is in no position to dictate to Turkey when it comes to fighting terrorism, Turkish President Recep Tayyip Erdogan said after EU lawmakers voted to call for halting membership talks with Ankara.

In the second series of remarks following the EU's move, Erdogan once again called on Brussels to know its “limits.”

“The government and parliament can extend the length of state of emergency. What's it to you? Does the European Parliament rule this country or the government [of Turkey]? Know your limits! Those days are over,” Erdogan said, as cited by Anadolu new agency.

“Saying ‘don't fight terrorism’ to a country who fights against terror every day is to tell them to put up the shutters,” the president noted in Istanbul on Saturday.

“Are you [European Parliament] inviting terrorist groups?” he wondered. Turkey would continue to “go on its way no matter what they say,” following the goals laid out by the government for 2023, the president added.

n October, Turkey extended its state of emergency for another three months, following the failed coup attempt on July 15, which left nearly 300 people dead. In the wake of the coup, Turkish authorities have arrested tens of thousands in the military, judiciary, academia, and the media.

The emergency powers allow Erdogan to rule by decree and make decisions that cannot be overturned by the Constitutional Court.