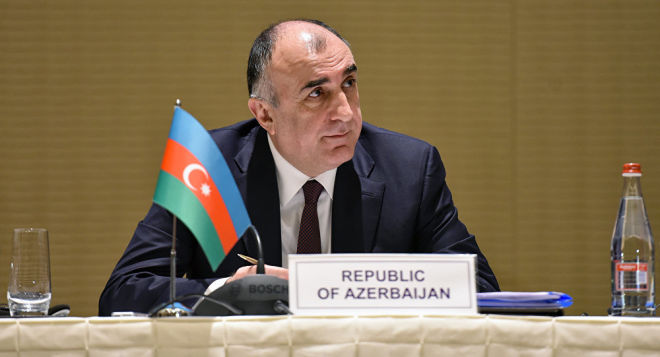 Nagorno-Karabakh conflict will negotiation process will not be affected by change of the OSCE Minsk Group co-chairs.

"We do not think that it will somehow affect the negotiation process. During a visit to Paris, I had the opportunity to meet new French co-chair. He is experienced and has a deep knowledge of the conflict. James Warlick will hold last meeting with him in Hamburg. After that, he will go to work for the private sector. After the formation of anew administration, the new co-chair will be known", Mammadyarov said.

Foreign Minister also commented on a visit of a group of scientists from Europe to Azykh cave in the occupied territories of Azerbaijan. According to him, Azerbaijan studying this issue, which should also be given a legal assessment.