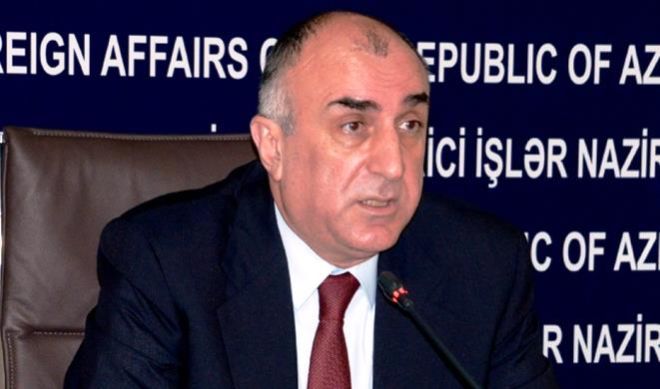 However, he noted that Azerbaijan doesn’t expect any significant changes in the process of settlement of the Nagorno-Karabakh conflict from the replacement of the French and the US co-chairs of the OSCE Minsk Group.

"The new French co-chair of the OSCE MG is quite an experienced diplomat," Mammadyarov said, adding that they had already met during his visit to Paris.

He is well informed about the process of the Nagorno-Karabakh conflict’s settlement," Trend cited him as saying.

James Warlick of the US earlier said he will step down as the OSCE MG co-chair on December 31. France also stated that Stéphane Visconti will take the position of its OSCE MG co-chair soon.

On the night of April 2 all frontier positions of Azerbaijan were exposed to heavy fire from large-caliber weapons, mortars, grenade launchers and guns. In addition, Azerbaijani settlements near the front line, densely populated by civilians, were shelled.

The conflict between the two South Caucasus countries began in 1988 when Armenia made territorial claims against Azerbaijan. As a result of the ensuing war, in 1992 Armenian armed forces occupied 20% of Azerbaijan, including the Nagorno-Karabakh region and seven surrounding districts.

The two countries signed a ceasefire agreement in 1994. The co-chairs of the OSCE Minsk Group, Russia, France and the US, are currently holding peace negotiations.

Armenia has not yet implemented the UN Security Council's four resolutions on withdrawal of its armed forces from Nagorno-Karabakh and the surrounding districts.