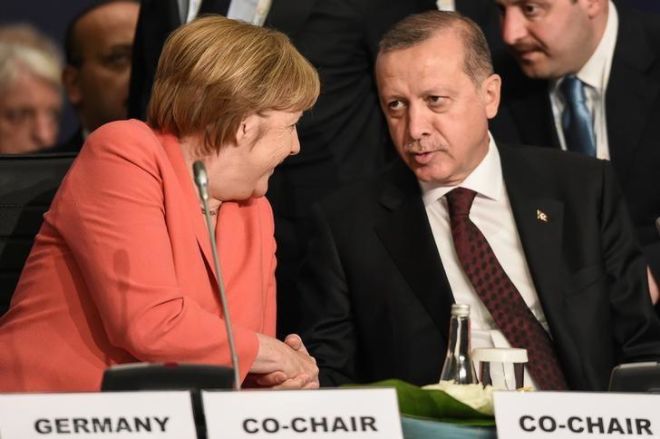 Turkish President Tayyip Erdogan and German Chancellor Angela Merkel discussed the need for the European Union to fulfil its promises to Ankara regarding the migrant crisis, Turkish presidential sources said.

Axar.az reports, in a telephone call, the two leaders also discussed the need for a fair and permanent solution to the Cyprus issue, the sources said.

Erdogan asked Merkel to carry out a more active fight in preventing the activities and blocking the financial sources of the outlawed Kurdistan Worker's Party (PKK) and the supporters of the U.S.-based Muslim cleric Fethullah Gulen, whom Turkey blames for a coup attempt in July.