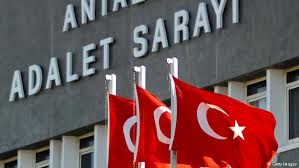 A Turkish court on Friday dismissed a case brought by victims of an Israeli raid on an aid flotilla that killed 10 people in 2010, said a lawyer for the victims’ families, who stormed out of the courtroom as the judge ordered one co-plaintiff to be ejected.

The judge accepted the prosecutor’s plea that there was no case to examine following a deal in June between Israel and Turkey in which the victims’ families received compensation from Israel and the two countries restored relations.

Israeli-Turkish relations had broken down in 2010 when Turkish pro-Palestinian activists were killed by Israeli commandos enforcing a naval blockade of the Gaza Strip. The soldiers raided a ship, the Mavi Marmara, leading a flotilla towards the Hamas Islamist-run Palestinian territory. The summer’s rare rapprochement in the divided Middle East was driven as much by the prospect of lucrative Mediterranean gas deals as by mutual concern over growing security risks.

Israel, which had already offered apologies for the raid – one of Ankara’s three conditions for a deal – agreed to pay out $20 million to the families of those killed, another key element in the restoration of ties.