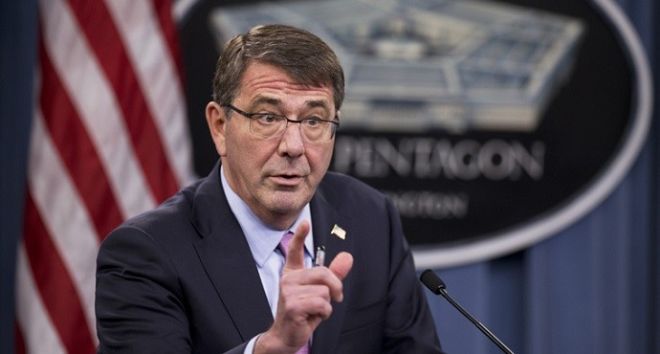 US Defence Secretary Ashton Carter arrived in Iraq Sunday to discuss the coming stages of the ongoing offensive to retake the city of Mosul from the Islamic State jihadist group.

Axar.az informs, Carter had arrived in Baghdad and would "survey key locations directly supporting the battle for Mosul," the Pentagon said in a statement.

The United States leads an international coalition providing assistance in the shape of air strikes, equipment, training and advising on the ground to Iraqi forces battling the jihadists.

US forces are stationed in Qayyarah, the main staging base for the southern front of the Mosul offensive that was launched on October 17, as well as in the autonomous Kurdish region. Around 5,000 US troops are deployed in Iraq as part of an "advise and assist" mission to support Iraqi federal and Kurdish peshmerga forces battling jihadists.