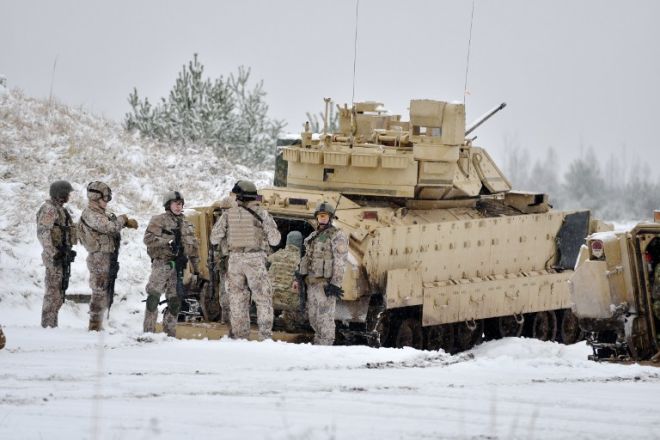 The defence ministers of Latvia, Lithuania and Estonia renewed their call on Wednesday for a strong U.S. engagement in the Baltic region amid concerns over the attitude of the incoming Trump administration.

Axar.az informs, Donald Trump said during the U.S. presidential campaign that he would consider a country's contribution to the NATO alliance before coming to its defence, rattling many in Estonia, Lithuania and Latvia who fear a more assertive Russia.

Estonia meets NATO's defence spending target of two percent of national output, while Latvia and Lithuania say they aim to reach that level in the next few years. In a statement issued after regular talks on defence cooperation, the defence ministers "expressed the utmost importance of the United States' robust commitment to Baltic states' security".

In 2015, the United States agreed to pre-position tanks, artillery and other military equipment in eastern and central Europe to speed up an eventual deployment of forces at times of crisis.