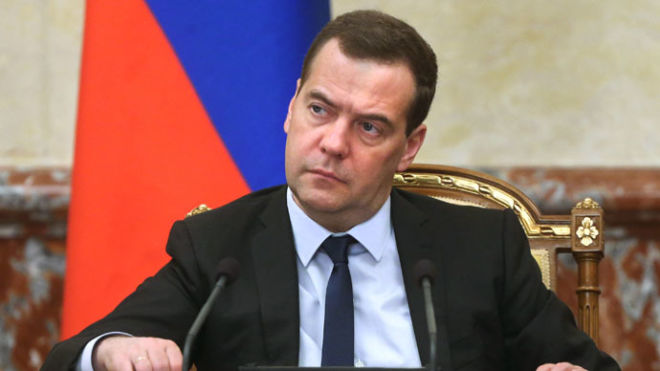 Prime Minister Dmitry Medvedev has called a new round of U.S. sanctions against his country "anti-Russian death throes."

When he was president in 2008-2012 Medvedev focused on improving U.S.-Russia ties in what became known as the "reset" policy. He voiced disappointment with the new round of sanctions on Friday.

"It is sad that the Obama administration that began its life by restoring ties ends it with anti-Russian death throes. RIP," Medvedev said on Twitter.

Medvedev visited the United States in 2010 and sent his first tweet during a visit to Twitter's headquarters in the Silicon Valley.