Bahceli: It is not time for sleep 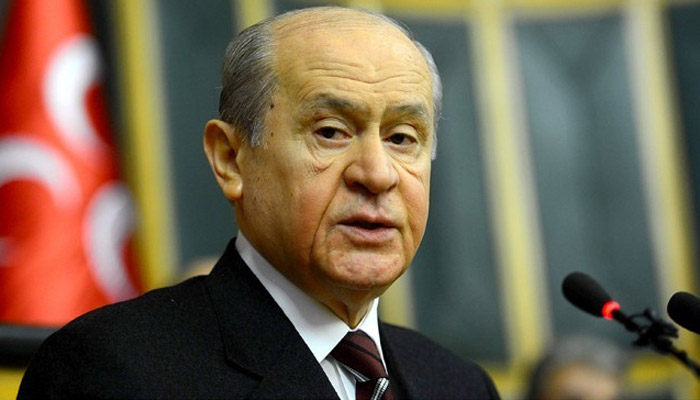 Nationalist Movement Party (MHP) head Devlet Bahçeli has announced that he will vote in favor of government-sponsored constitutional amendments that introduce an executive presidential system in Turkey both at parliament and in a subsequent referendum.

“We will say ‘Yes’ in the parliament vote to the constitutional amendment proposals approved at the Parliamentary Constitutional Commission. And we will repeat it in the referendum,” Bahçeli told reporters on Jan. 3.

The MHP has 39 seats at parliament and its support is necessary for the ruling Justice and Development Party (AKP), which needs at least 14 extra votes to take the constitutional amendment package to a referendum.

Bahçeli’s statement was not a surprise as the draft was written with the cooperation of the MHP.

The draft will be submitted to the General Assembly on Jan. 9 and is expected to be approved in late January.

The package grants extended power to the president as the head of the executive, and the president will also be able to remain the chairman of his or her political party.