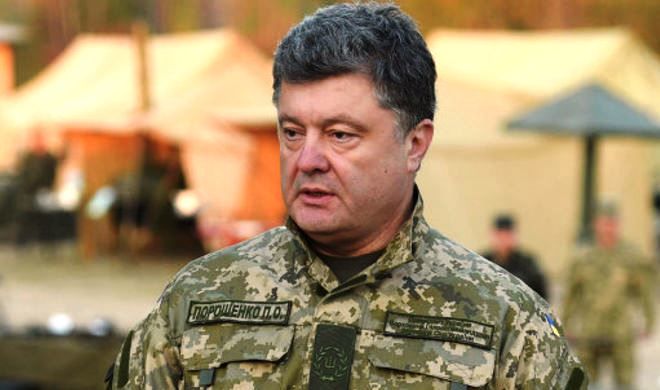 Axar.az reports citing to Sputnik news that, Washington remains a strategic partner for Kiev, Ukrainian President Petro Poroshenko said Tuesday. "From the moment of recognizing Ukrainian independence, the United States remains Ukraine's reliable and strategic partner on the bilateral level and on the level of international organizations. A real democratic partnership has been laid between the countries, under which the United States continues to offer invaluable practical aid in developing state institutions, the civil society, the market economy and improving the security of our country," Poroshenko was quoted as saying by his press service in a speech marking the 25 anniversary of the establishment of US-Ukrainian diplomatic relations.

The president stressed that Ukraine heavily relies on foreign security guarantees after giving up its Soviet-era nuclear stockpile after independence. Poroshenko also thanked the United States for "supporting the sovereignty and territorial integrity of Ukraine in difficult times."

Ukrainian officials have previously been spooked by US President-elect Donald Trump's remarks on his future policies on Ukraine and Crimea. Trump, who is due to take office on January 20, hinted that he might look into recognizing Crimea as Russian land, something that President Barack Obama's administration has flat out refused to do. Trump has also caused a stir in Eastern Europe by slamming NATO and stating that his administration would insist on all alliance members paying their fair share into the organization's budget.