US: PYD should be party to Syria peace talks 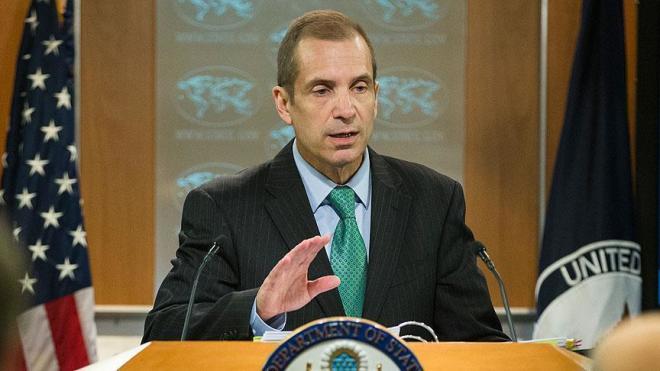 The PYD should be party to any Syrian peace talks, the U.S. said.

"This process has to include all Syrians, and that includes the Syrian Kurds," State Department spokesman Mark Toner told reporters.

Asked explicitly if the PYD should be at the table, Toner replied, "At some point they have to be part of this process."

Turkey considers the PYD and its armed wing, the YPG, to be the Syrian off-shoots of the PKK. The U.S., EU and Turkey have designated the PKK as a terror group.

But Washington has refrained from following suit on the PYD and YPG which it works with in the anti-Daesh fight under the umbrella of the Syrian Democratic Forces, much to Ankara's ire.

Toner said that the U.S. is "mindful of Turkey's concerns about this group.

Still, he insisted that the PYD's inclusion is vital to the long-sought political resolution to Syria's nearly six-year conflict.

"Their voice will need to be heard in any kind of long term solution to the situation in Syria. And it's in that spirit that we say that if there's going to be a political process that leads to a political transition, a more Democratic one, it's going to have to be accepted by all of the Syrian people," he said.

Negotiations to reach a political resolution to the Syrian war are due to begin in the Kazakh capital Astana on Jan. 23.