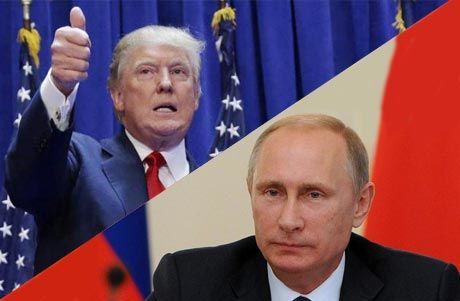 A transition team of US President-elect Donald Trump has been invited to Moscow-initiated negotiations on the Syrian conflict resolution.

Awar.az reports citing to Washington Post that, he negotiations at the issue are planned to be held in Astana, the capital of Kazakhstan, later in the month with the participation of representatives from Russia, Syria, Turkey and Iran.

According to the US daily, which cited an anonymous official in Trump’s transitional team, "the invitation, extended to Trump’s designated national security adviser, Michael T. Flynn, came in a Dec. 28 phone call to Flynn by Sergey Kislyak, Russia’s ambassador in Washington."

The Washington Post reported that in case the invitation was accepted it would speak for possibly "enhanced US-Russia cooperation that President Vladimir Putin and President-elect Donald Trump have forecast under a Trump administration."

The respected US daily also added that the administration of current US President Barack Obama had been "pointedly excluded" from the planned talks on the Syrian conflict settlement in Astana.

The anonymous source added that "no decision was made" during the call and that "I don’t have anything additional on U.S. attendance at this time".