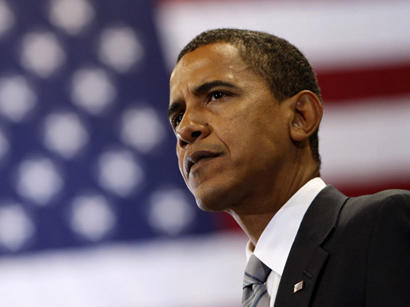 Less than a week before leaving office, US President Barack Obama has prolonged sanctions against a number of countries and individuals, including Russia over the conflict in Ukraine, in an array of letters to Congress published on the White House website Friday.

Axar.az reports that, the sanctions against Russia, first imposed in March 2014, will now be extended beyond March 2017, Obama wrote in a letter to Speaker of the United States House of Representatives Paul Ryan and President of the Senate Joe Biden on continuation of national emergency. The outgoing president accused the Russian government of the use of force in Ukraine, referring to Crimea’s reunification with Russia as “annexation” and claiming this poses an “extraordinary” threat to the US security and foreign policy. Besides that, Obama also extended the regime of sanctions against Iran, Cuba, Zimbabwe, Venezuela and to foreign terrorists who aim “to disrupt the Middle East peace process.”