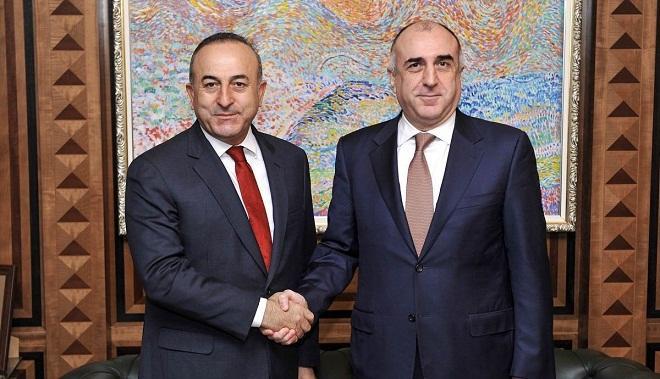 The Azerbaijan’s Foreign Minister Elmar Mammadyarov has congratulated his Turkish counterpart Mevlut Cavusoglu on the 25th anniversary of the establishment of diplomatic relations between the two countries.

Axar.az reports that, “The phrases “One nation, two states” and “Azerbaijan's grief is our grief, Azerbaijan's joy is our joy” by Heydar Aliyev and Mustafa Kemal Ataturk, respectively, is a solid foundation of relations between the two countries and peoples,” Mammadyarov said in his congratulatory letter.

“Over the past 25 years, our countries and peoples have passed a successful path, full of complex historical events,” the Azerbaijani FM noted.

“The successful development of the high-level strategic relations between the two countries on the basis of the policy pursued by both countries’ presidents, the historical brotherly relations between the two peoples, mutual support in international and regional organizations and joint efforts for the implementation of transnational projects serve the welfare of our peoples and promote peace, stability and prosperity in the region,” Mammadyarov added.

The diplomatic relations between Azerbaijan and Turkey were established on January 14, 1992.