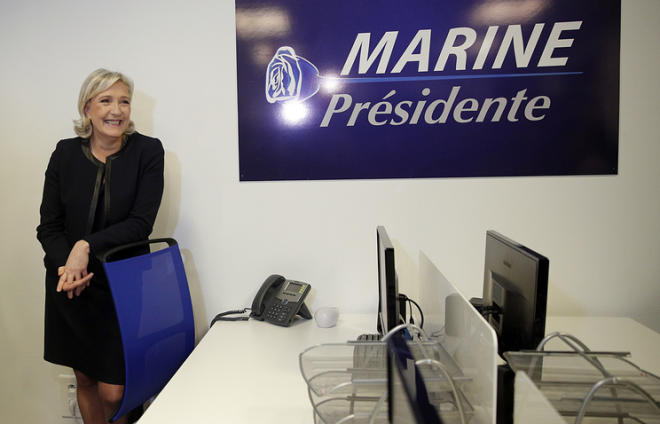 Axar.az reports that, the invitation comes after Le Pen recently pledged to recognize the Republic of Crimea part of Russia if she was elected president of France.

"I invite Marine Le Pen to visit our peninsula!" the head of Crimea wrote on his Facebook page. In his opinion, Le Pen has obtained a wise and a far-sighted position "worthy of a renowned politician form a great country."

"Unlike her many European peers, who either act on instructions received from Washington and Brussels, or are blinded by their hatred for Russia, Madame Le Pen puts reality in perspective and focuses on France’s interests. Besides, she seems to have a good knowledge of the history of Russia and Crimea," Aksyonov noted.

He pointed out that some French parliament members who did not belong to the National Front, nevertheless shared the politician’s position on Crimea. "In the summer, a delegation of French MPs visited the peninsula which proved to be an important step aimed at breaking the information blockade," the head of Crimea noted.

Aksyonov also said that "Crimea has many friends not only in France, but also in Italy and other European countries as well. "Today, fewer Europeans believe the ‘annexation of Crimea’ myth conjured up by Ukrainian and Western propagandists. Much of the credit should go to people-to-people diplomacy," he wrote.