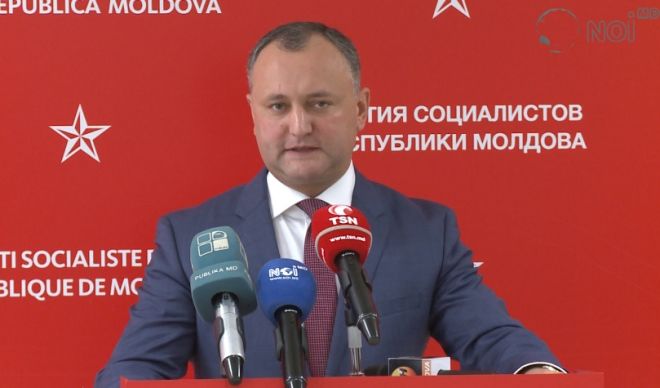 Moldovan President Igor Dodon said Monday he planned to propose an agreement in Brussels next month for the North Atlantic Treaty Organization (NATO) to recognize Chisinau as a neutral state.
"I intend to insist on the cancellation of the agreement to open NATO [Liaison Office] in Chisinau. Moreover, I intend to offer an agreement on the recognition of Moldova's neutrality on the part of NATO in Brussels in February," Dodon told RIA Novosti.

Despite being constitutionally neutral, Moldova has been the focus of NATO’s attention since it split from the Soviet Union in the early 1990s. The country already operates an information center of the alliance. According to opinion polls, the majority of citizens of Moldova are against joining NATO.

Moldova-NATO relations started when Moldova joined the North Atlantic Cooperation Council in 1992 and the Partnership for Peace program in 1994. It has contributed troops to the NATO force in Kosovo since 2014. Moldovan lawmakers gave the go-ahead to open the NATO Liaison Office in Chisinau in July 2016. The corresponding document was later ratified by the Parliament.